Sometimes I feel as if I spend more time editing than writing although of course editing is writing, and equally important a process in the journey.

But as novelists, what should we do when we are editing? What should we be looking for? What needs to change?

Here are my top tips for editing the Rosanna Ley way.

P.S Editing is a time-consuming and absorbing task, which is why this is my first post since last November…

It’s getting colder – time for some late Autumn goodies…

Here’s some late Autumn reading to warm your cockles…

Maggie O’Farrell is a favourite author of mine and in this novel, in which she used the life of Shakespeare and specifically the death of his son Hamnet as her starting point, she is at her most poetic and compelling.

The novel does not pretend to be the story of Hamnet’s death – there is not enough information available for this to be even possible – rather, it is an imaginative re-creation of what could have happened, how a family at that time in England might have felt on losing a precious child, what this might have done to a marriage. Shakespeare himself is often not present. He is away working in Stratford or London with his players, immersing himself in the world of writing, having left his family behind in a place where he was being gradually destroyed by the expectations and influence of his father. Rather, it is his wife Agnes, who we get to know. O’Farrell has portrayed her as a mystical, spiritual woman, a healer, an eccentric who will never forgive herself for being unable to save her son.

The book then isn’t about narrative tension – we already know what is going to happen. It’s about the relationships, the characters, the psychology, the context. And the repercussions of grief. It’s about chance too. O’Farrell switches seamlessly between the wisdom of the omniscient narrator and the emotive power of character viewpoint and internal dialogue, while the type of story it is, allows the author to indulge her love of going off on fascinating, descriptive tangents. But she always takes her reader along for the ride. Highly recommended.

The Beloved Girls by Harriet Evans ***

When we first meet Catherine, a successful barrister, in May 2018, she is clearly troubled by shadows from her past, and it is no surprise when she vanishes from a train station on the eve of her wedding anniversary. The past in question centres around the mysterious West Country manor house of Vanes and the events of 1989 when a young girl Janey Lestrange arrived to stay with the Hunter family. Janey is grieving the death of her beloved father and she becomes involved with the twins Joss and Kitty Hunter as the long hot summer gradually draws them all towards the ancient ceremony of ‘The Collecting’ of the bees’ honey from the Hive in the abandoned Chapel, where Janey, along with Kitty, play the role of ‘The Beloved Girls’.

The narrative switches between Catherine and Janey and between 1989 and 2018, and has just the right amount of mystery to keep the reader guessing. The description of that 1989 summer at Vanes is evocative and atmospheric and the female voices are strong and compelling. This is a book about friendship and feminism and I very much enjoyed immersing myself in it.

The Flight by Julie Clark ****

Claire Cook seems to have a perfect life. But behind closed doors, we discover that her husband, a highly successful and ambitious politician, is both controlling and abusive. Unsurprisingly, Claire would love to disappear… Enter Eva, brought up in a foster home who has become embroiled with some unsavoury characters and who is now in trouble and needs to disappear. What better way then than to make a switch at the airport and board each other’s flight?

There’s plenty of danger ahead though, for both women – it’s a bit of a roller-coaster ride. And gradually we learn about their pasts and how they came to this point in their lives – the detail is filled in seamlessly without holding up the action.

This is a fast-paced psychological thriller which was right up my street. The dual plot lines worked well and both stories were compelling. The characters were well-developed and there were enough twists and turns to keep this reader happy. A high level of suspense makes for a gripping read and the plot turned out to have even more complexity than I thought at first. Highly recommended.

The New Girl by Harriet Evans ****

There’s more than one new girl in this story written primarily from the viewpoints of Margot, Maggie and Winnie. Maggie is the first newbie to enter the story when she takes over Margot’s highly desirable job of fashion editor at the prestigious Haute magazine during her maternity leave and becomes ‘the new girl’ in the office. It is hard for her to find a way to step into the successful shoes of the glamorous Margot but soon Maggie is doing her dream job so effectively that Margot worries she might have lost the position forever.

Meanwhile, Margot’s best friend Winnie who is also pregnant, tragically loses her baby soon after his birth. She promptly cuts Margot out of her life, bringing back memories of the time she did this once before – the worst time of Margot’s life – when Helen, another ‘new girl’ at school destroyed their closeness. As Margot’s anxieties increase, fuelled by the hate messages she is receiving on social media from ‘Helenknows’ we realise that the shadows of the past have had far-reaching consequences and that Margot has secrets that she needs to hide. When Margot’s daughter Lila (the third new girl) is born, Margot is consumed by the thought that she might lose her just as Winnie lost Jack. Margot begins to unravel – she just can’t work out who is on her side.

The first third of the story is fairly slow but interesting as the characters develop and the story is set up. In the second third, the pace quickens and in the third there are enough twists and turns to keep most readers guessing. I really enjoyed this book with its background of the world of fashion, while the themes of loss, female friendship and rivalry and anxiety were compelling. I didn’t fully warm to any of the characters and I found the ending slightly disappointing, but nevertheless this was a gripping read and I would highly recommend.

The story weaves between three main narrators – Nan, Blanche and Minna, all grandmothers in their way. Nan is grandmother to Billy; while her relationship with her son and daughter-in-law can be tricky, she shares with Billy a love of humour, adventure and exploration and it falls to her to teach him about some of the more difficult aspects of life – such as lying and death (!)

A row with her son means Blanche is separated from her beloved granddaughter Kitty, but after a period of going off the rails (during which time, she meets Nan) she manages to see her granddaughter all the same and discovers a new life for herself too along the way.

Minna is no relation to the sensitive and imaginative Rose, but plays the role of grandmother by caring for her, and sharing both her world of childish imagination in toys that come alive and her pleasure in children’s literature. But when family problems threaten to move Rose’s family to Glasgow and away from Minna, Minna finds new strength and purpose. Even she is powerless to help Rose when Rose is thrust into an adult world that shocks her, but by then, Rose and Minna have met Nan and Billy and together they find a way through.

The stories of the three women and their grandchildren are absorbing enough, but it is the complexities of the relationships, the subtle nuances, the clever twists and turns that make this book such an excellent read. The three female protagonists are very far from perfect, but Sally Vickers grants them ways in which to find insight, and the results are both thought-provoking and fascinating. Highly recommended and my book of the season.

Miller takes the Ancient Greek tale of the Goddess Circe, she of the mystical powers, and spins it into a captivating story of her own.

Circe, the narrator, is shown here to be a fascinating creature – both flawed and wise, growing on her life’s journey and finding a way forward in her immortality just as human characters do. We see her as a child, spurned by her family for her lack of beauty and her ‘thin’ mortal voice, adoring her father Helios, God of the Sun and falling in love with a mortal, which unhappy experience leads to her discovery of her powers of transformation. Instead of being glorified for this however, Circe is exiled to a deserted island and here she lives alone, except for those – like Odysseus – who visit her. Circe develops her powers, growing first bitter and eventually strong.

The story is a compelling one. The Ancient Greek Gods have long been an interesting subject, but here, it is the author’s imagination that takes the story to a higher and more emotive level. As readers, we feel for Circe when she is badly treated and we share her joy when she eventually finds the happiness she deserves. I was already waiting for that final twist, but it didn’t spoil the ending for me. Highly recommended.

Writing and Researching during a Pandemic 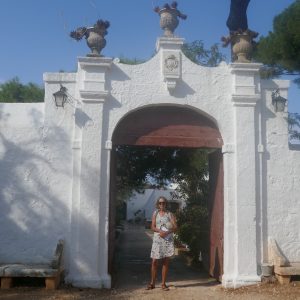 At the Brancati Olive Farm

It has been a strange eighteen months to say the least. Many people have suffered – physically, mentally, with the loss of a loved one and more. And what of writing?

Writers are a mixed bag and so it seems are their reactions to the pandemic. Some have cherished their increased ‘me-time’; time in which to write, reflect, enjoy a quieter time in their environment. Others have found themselves stuttering to a temporary halt, creatively speaking. It is not always easy to immerse oneself in another world when the world we are living in seems to be suffering so very much.

For myself, the pandemic has come at a time when I had already planned to take longer to write my next book. I feel fortunate. There have been times when I have gained huge inspiration from a natural landscape that has often seemed so much more peaceful than usual. And there have been other times when I have felt simply unable to write, due to various pressures or anxieties, and then, I have been able to take a break, without too much concern. 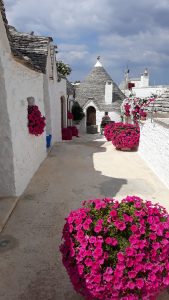 From a more practical standpoint, my next research trip to southern Italy was postponed three times in 2020 and 2021… This has made it impossible to write scenes in situ and I’ve been forced to write the story with huge gaps – to be filled in later.

But I’m pleased to report that I have now visited Puglia, done all my research and am well on the way with the book at last. It was wonderful to go back to Italy and to see all the places that I wanted to write about up close and personal.

The working title for the book is ‘The Lost Garden’ and here are a few research photos from my trip. 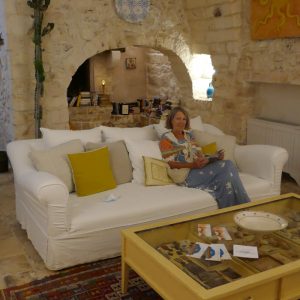 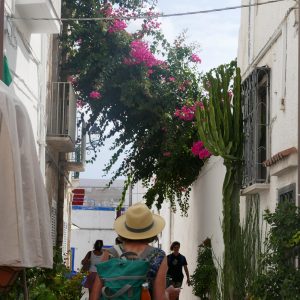 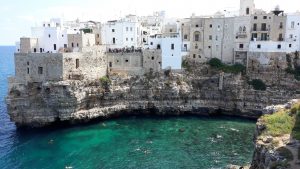